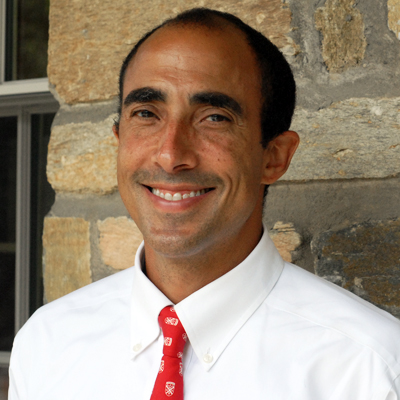 Welcome! NPS is a school that is student-centered, mission-focused, and intentional about the education of children age 3 through 6th grade. Combine these traits with a dynamic and committed faculty, an active and enthusiastic parent community, and the unrivaled setting of our nation's capital, and I can truly say there are few places like NPS.

If you are not a member of the NPS community, I invite you to come visit us to see the work of our students in their busy classrooms once the school year begins. The curriculum and instruction here are incredibly innovative, integrated, and reflective of our culture of constant improvement. The emphasis at NPS is not only on a rigorous curriculum, but also on character education and teaching the students to become global citizens in an ever-changing world.

And if you are a member of the NPS community, I look forward to seeing you in our hallways, on our sports sidelines, or at our events. Please stop by and say hello! Also, you are invited to keep up with all things NPS and Head of School related at my Twitter account, @NPSHeadofSchool where I highlight the great teaching, learning, exploration, and fun taking place on Nebraska Avenue! And be sure to also follow the official school account @NPS_Cardinals.

Malcolm C. Lester is the Head of School of National Presbyterian School. He currently sits on the Board of the Bishop John T. Walker School for Boys, a tuition-free Episcopal Diocese of Washington school in Washington, D.C. In 2015, he served on the Search Committee for the Executive Director of the Association of Independent Schools of Greater Washington (AISGW) and is currently on the AISGW Membership Services Committee.

Mr. Lester served as Head of School of Grace Episcopal Day School (age three through 5th grade) in Kensington, Maryland, from 2012-2016. During that time, he was a Board member and Secretary of the Mid-Atlantic Episcopal Schools Association. From 2007-2013, he was also a Board member of Beauvoir School.

From 1991-2012, he worked at St. Albans School as an English teacher, Head Lacrosse Coach, Assistant Director of Admissions, and the Director of the Skip Grant Program, a support and guidance program for students from historically underrepresented backgrounds.

Tweets by NPSHeadofSchool
Powered by Finalsite